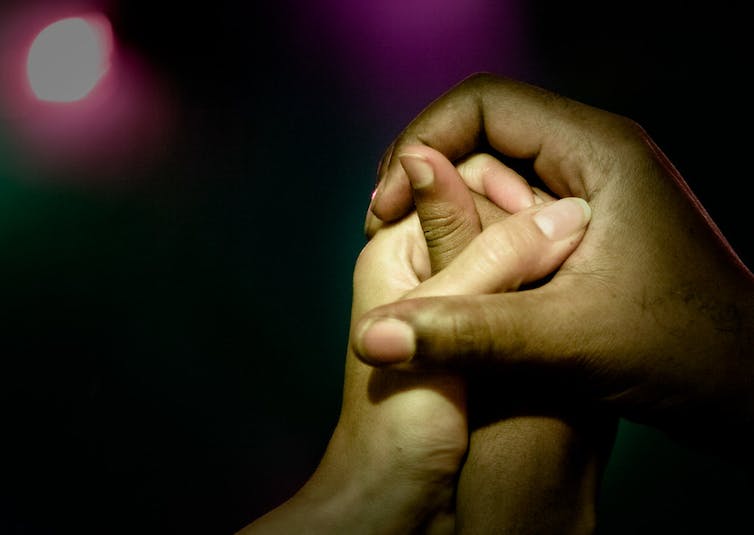 “Why do you want to marry a Nigerian?”, a visa officer at a European embassy in Nigeria asked Helen while her partner was interviewed in a nearby room. “I’m asking this more as a father than an officer,” the man added.

“Because I love him,” Helen answered.

Marriages with non-European nationals, such as that of Helen and her Nigerian partner, are often suspected of being “sham” and subjected to strict controls. For immigration authorities, a “sham marriage” or a “marriage of convenience” is one that’s contracted with the purpose of enabling the migrant spouse to obtain a visa or a residence permit.

The officer seemed to accept that Helen and her partner were in a relationship and planned to get married. But he was still doubting the motives of her Nigerian partner. “Do you see that?” he asked Helen, pointing with his finger to a building opposite the embassy. “Yes, I do,” she replied.

Well, a Nigerian man is capable of selling you this building today and tomorrow you realise that the building has never actually existed.

A few weeks later, Helen and her partner received the news that their visa request had been rejected. The reason given was there were doubts about whether the marriage motives of the Nigerian man were “genuine”.

This story was recounted to me by Helen while I was conducting research into the issue of the role marriages play in gaining entry to European countries. Over the past decades most have started investigating marriages involving foreign spouses. Restrictions and controls to marriage migration, which may result in keeping the spouses apart, are often justified as necessary measures to protect women from bad marriages. The reasons given is that they are “sham”, “forced” or “arranged”.

Such claims provide legitimacy to European countries to intervene in the intimate lives of couples. Immigration authorities deter all but “love-based” marriages. In this context, love becomes a tool for migration control and for protecting the position of married women (as seen by these authorities).

The differentiation between “sham” and “genuine” marriage is based on the assumption that motives of love and interest are separate from each other. In a recent article I argue that this dichotomy is simplistic and misleading. I question the idea that love is by default good for women, especially when love is understood as unrelated to interest.

The article is based on ethnographic fieldwork I did over the course of a year in the Netherlands, Greece and Ghana on the marriages of West African migrants with European women. The fieldwork included interviews with couples, lawyers and immigration officers.

I challenge a fundamental assumption in the debate on “sham” versus “genuine”, which is that love and interest are mutually exclusive. Evidence suggests they are not.

As my research shows, marriages between African and European nationals are motivated both by interest (papers, money) and feelings (love, care, sexual enjoyment). The entanglement of romantic feelings with material gains does not make these marriages different from the ones of non-migrant couples. On the contrary, I argue that they are very similar.

Think, for example, of couples who formalised their relationship for reasons such as tax purposes, inheritance and social security. Feminist and kinship scholars have also pointed out that marriage always involves exchanges of various resources and services between spouses – sometimes explicitly, sometimes not. These include care, financial security, love, sex and domestic work.

An additional factor is that norms of love differ for men and women. The expectation to demonstrate love for family through self-sacrifice is more common for women than for men.

Immigration policies are designed on the assumption that love cannot co-exist with exchange. European countries justify deciding against cross-broder marriages on the grounds that they are using the ideal of love to protect women. But here lies the paradox: this ideal may deprive women of their bargaining power in marriage and their quest for recognition in a relationship.

For this reason, the dichotomies of love and interest and of “sham” versus “genuine” marriage are not only inaccurate and misleading. They are also potentially disempowering, especially for female spouses.

This article is republished from The Conversation under a Creative Commons license. Read the original article.